The old Church of Ballaugh occupies an elevated position close to a sheltered creek of the sea, and at the junction of coast and landward tracks-a site which must have been important in prehistoric times. A hundred yards east of the churchyard at one period stood a tumulus at a spot still marked by the swell of the ground, and there are two holy wells not far away.

As in the case of the other Manx parish churches, old St Mary’s contains in its walls materials from previous works, and is probably an epitome in stone of all the sacred buildings and monuments which have occupied the church enclosure since Neolithic man came to the Island.

The church was enlarged by Bishop Wilson and Dr. Walker in 1717, a date commemorated on the weathercock which surmounts the characteristic and attractive bell turret of the period.

Upon a petition from the parishioners a gallery was added in the second half of the 18th century. The approach was by an external double staircase over the main entrance.

After the building of the new church in 1833 old St. Mary’s became ruinous but received a new lease of life in 1849, when the building was shortened and the gallery and stairs removed..

This was during the Rectorate of Thomas Howard, the memory of whose mild and benignant personality still lingers with old people in the parish.

In 1877 the church was once again rescued from decay by Rector Kermode, and has ever since been kept in a good state of repair. 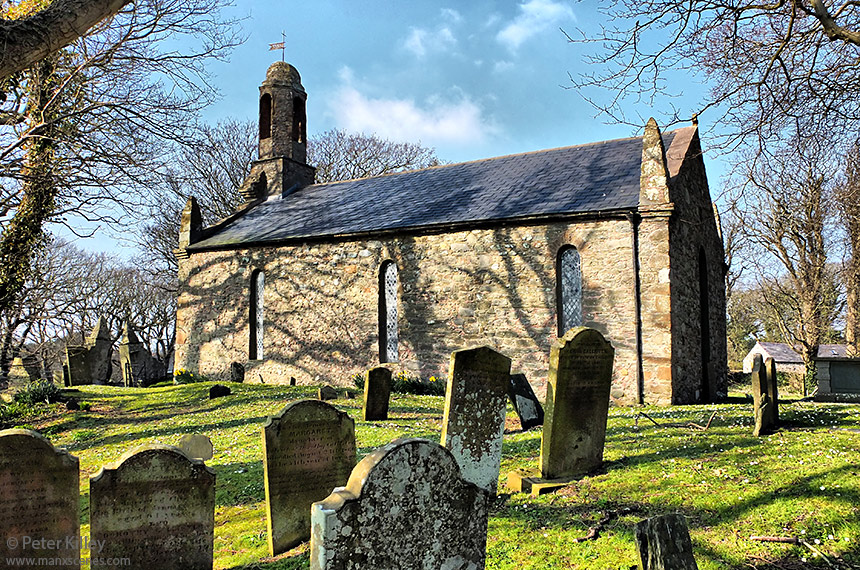 Another lovely ancient feature to this beautiful church is the font (and a more modern day lid) which is of unknown antiquity. It is made of red sandstone block built into a window seat. It is decorated with a cross, once painted in blue and red, and a beautiful inscription in Gaelic Manx reads:

Which simply translates in Gaelic Manx to:

“There is one Lord, one Faith, one Baptism, One God and Father of all.” 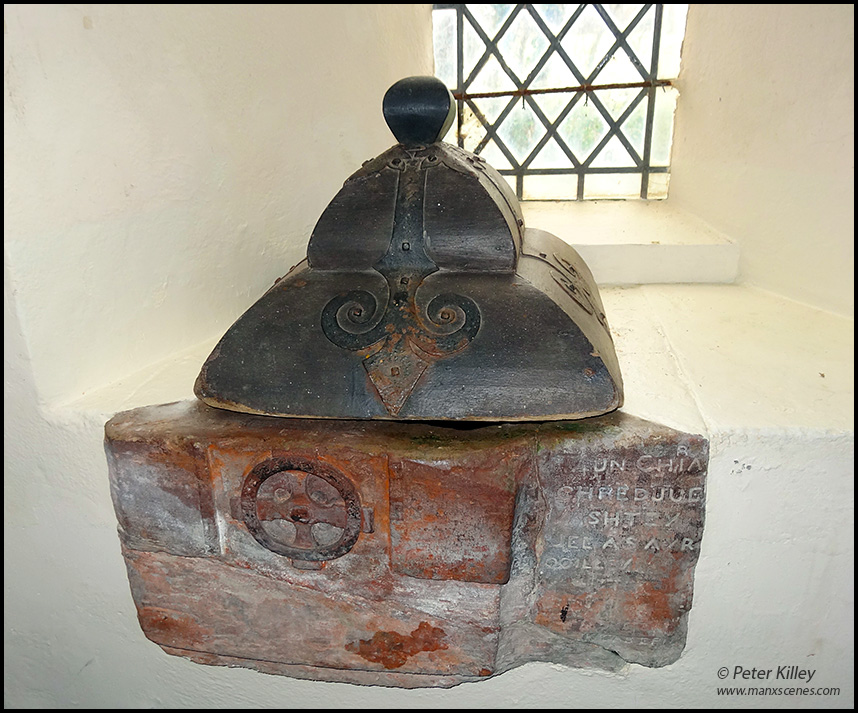 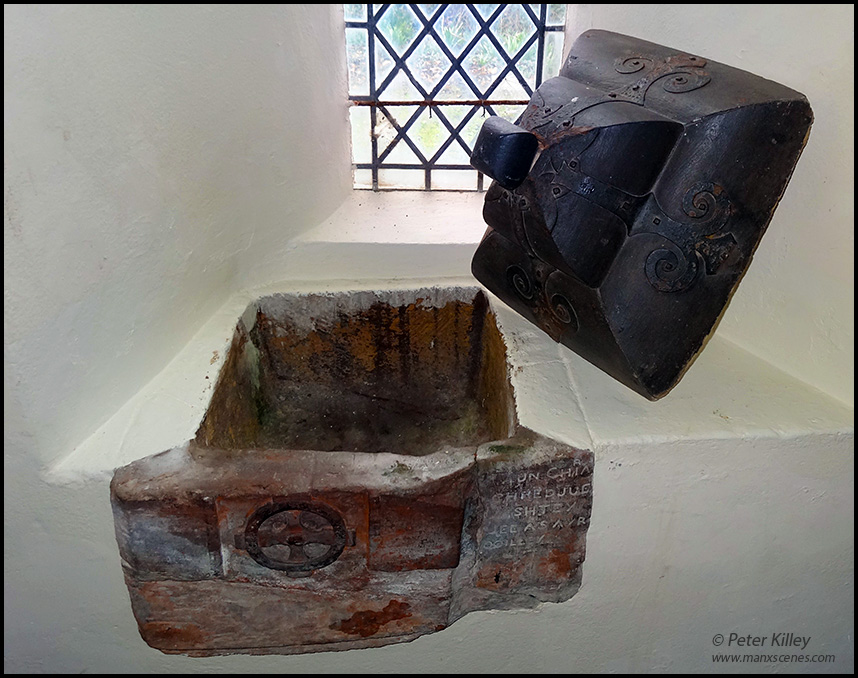 As previously stated the church was enlarged by Bishop Wilson and Dr. Walker in 1717, a date commemorated on the weathercock which surmounts the characteristic and attractive bell turret of the period (below image).

Below is a hand drawn image of Ballaugh Old Church which is displayed to the rear of the the Church, the author of the image is unknown!