The custom of ‘hunting the wren’ has long been an Isle of Man tradition, and is still kept alive each St Stephen’s Day.

The images were captured on my Fuji X10 camera, resized and cropped in Adobe Photoshop CS5. 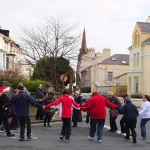 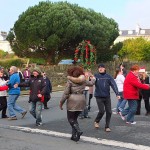