This image of Douglas Head Lighthouse was captured just before the last of the winters day sun dissapeared.

Douglas Head Lighthouse was originally erected in 1832 and replaced by this Lighthouse in 1892 at a cost of £32,000 it stands 32m above sea level and the Lighthouse has now been automated and is now in private ownership.

The image was captured on my Nikon S3000 digital camera and cropped in Adobe Photoshop CS5. 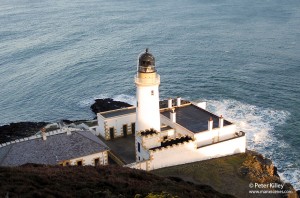