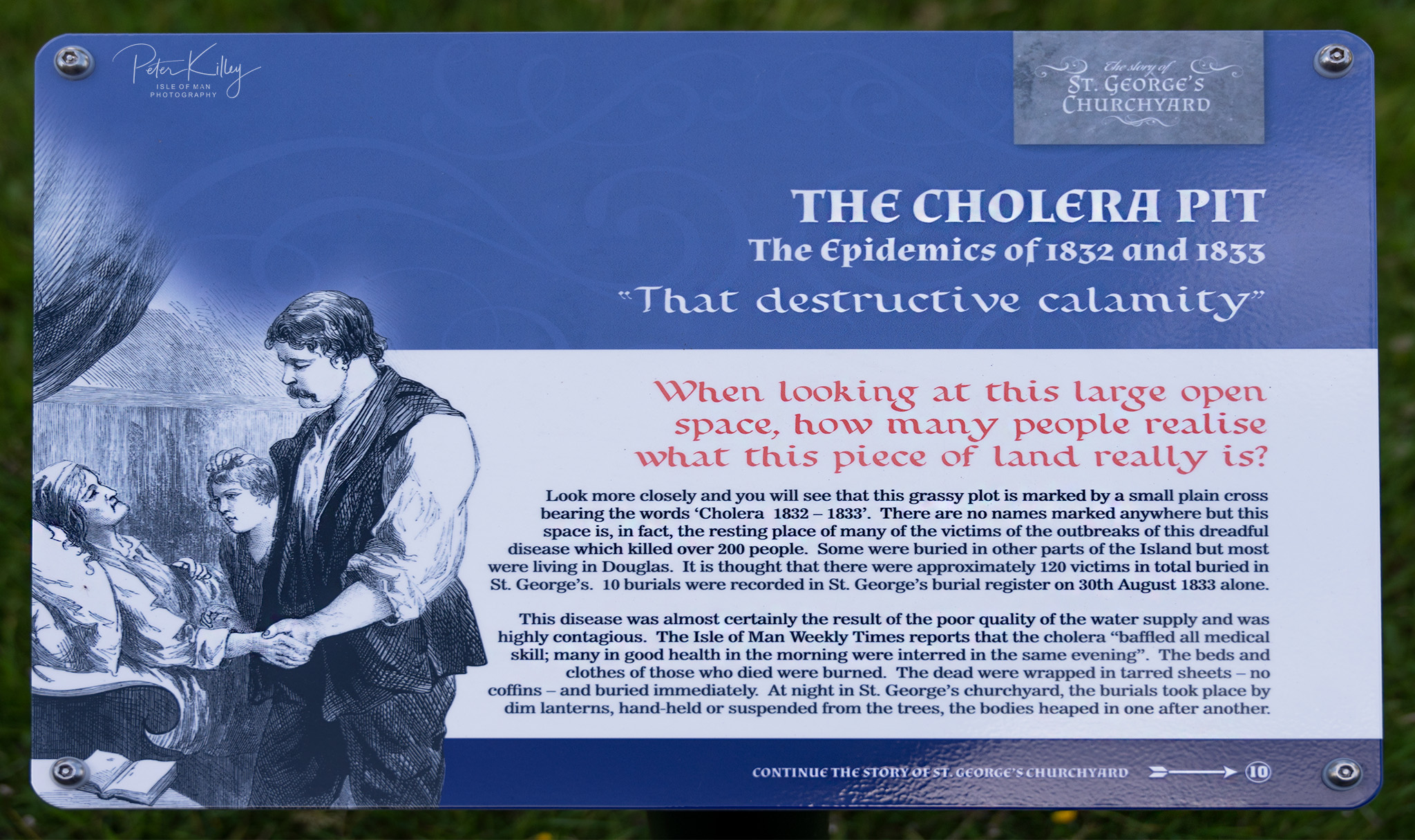 When looking at this large open space how many people realise what this piece of land really is?

Look more closely and you will see this grassy plot is marked by a small plane cross bearing the words cholera 1832 – 1833 there are no names marked anywhere but the space is, in fact, the resting place of many of the victims of the outbreak of this dreadful disease which killed over 200 people. Some were buried in other parts of the island but most will living in Douglas. It is thought that they were approximately 120 victims in total buried in st. George’s. 10 burials were recorded in St. George’s burial register on the 30th of August 1833 alone.

This disease was almost certainly the result of poor quality of the water supply and was highly contagious. The Isle of Man Weekly Times reported that the cholera “baffled all medical skill; many in good health in the morning were interred in the same evening” The beds and clothes of those who died were burned. The dead were wrapped in tarred sheets – no coffins – and buried immediately. At night in St. George’s churchyard the burials took place by dim lanterns, hand-held or suspended from the trees, the body’s heaped in one after the other. 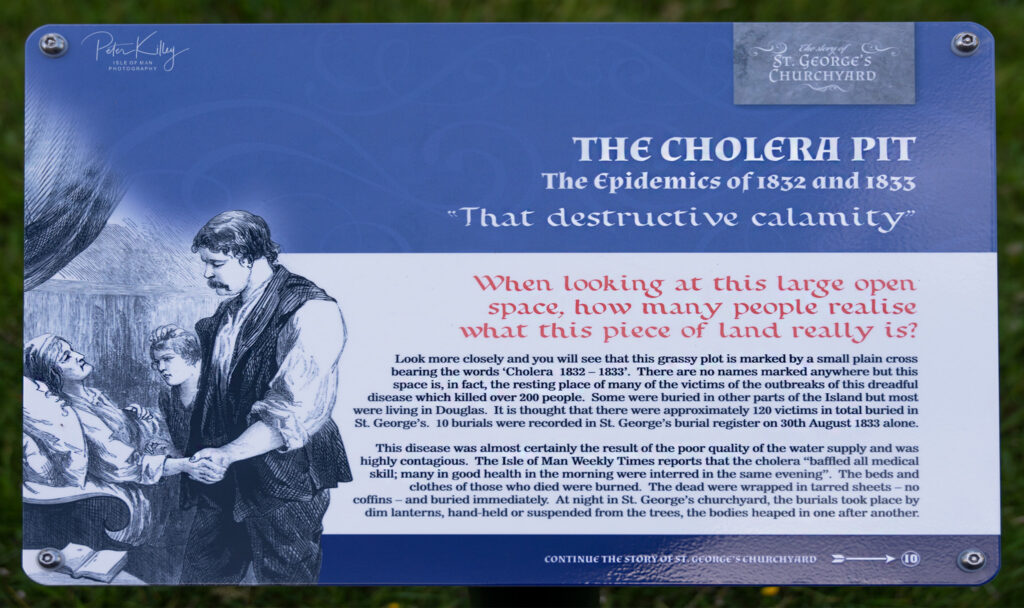 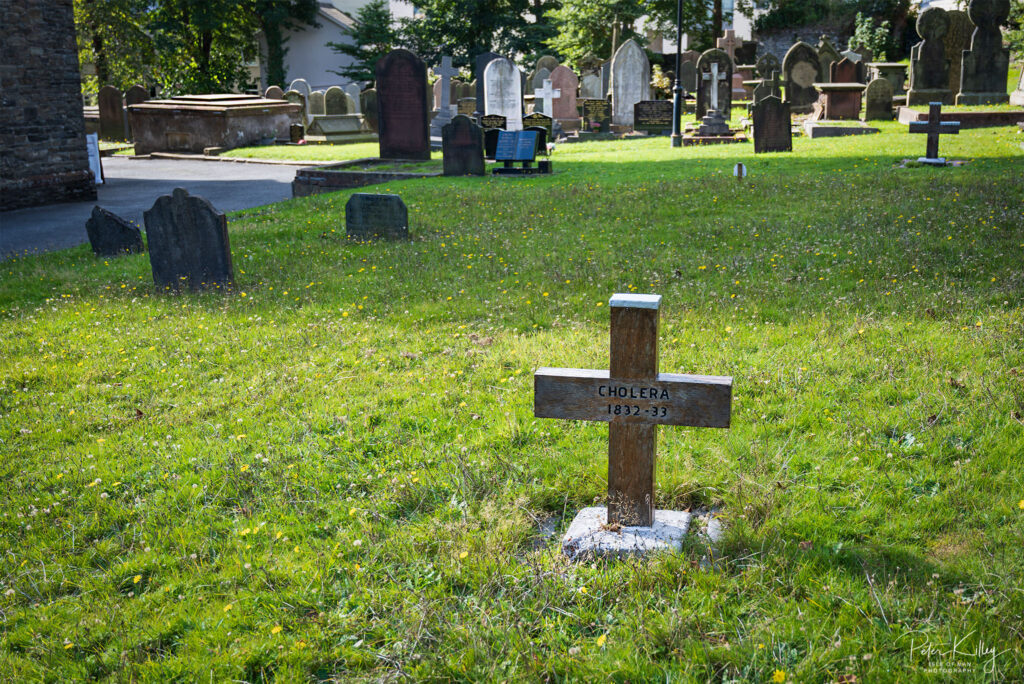 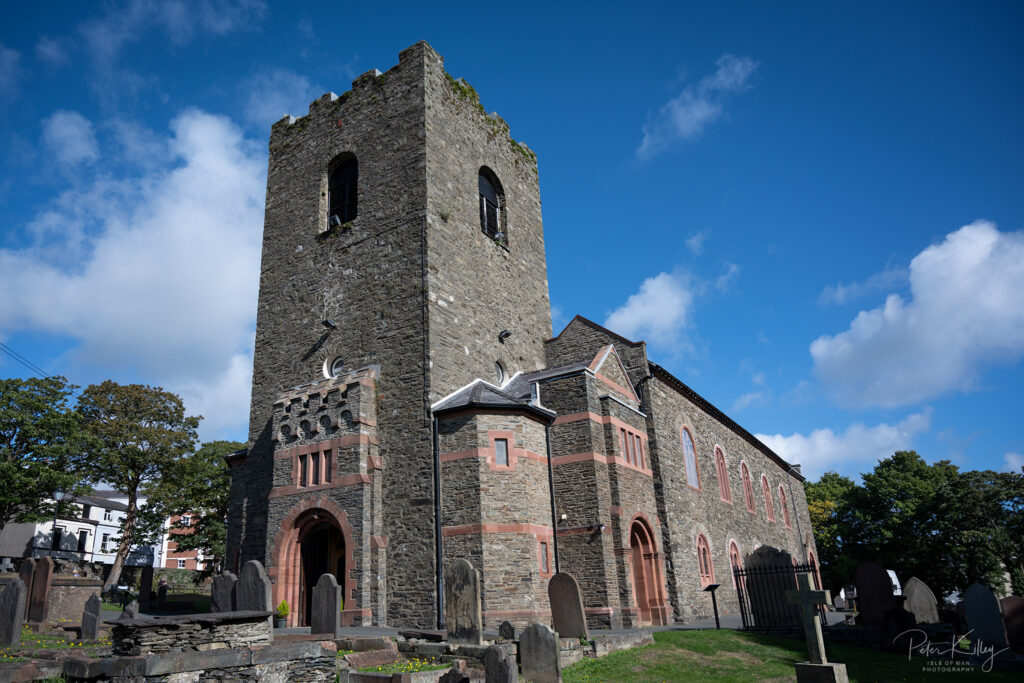