I spent a pleasurable hour walking around the court of Tynwald the other day during my lunch break.

Depicts the Tynwald Chamber which has been used for sittings since December 1894 and formerly housed the old Weights and Measures office before it became occupied by Tynwald. Also shown is the table which holds the Manx Sword of State which must be present under Tynwald Standing orders before any sitting can take place. 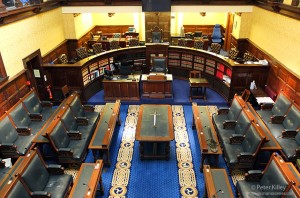 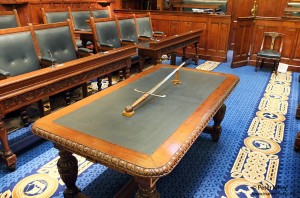 Depicts the Sword of State which is traditionally ascribed to Olaf II , who before he became King is believed to have used it in fighting against the Moors in Spain in 1230. It may really be dated nearer 14th Century.

The Sword has the earliest known depictions of the ‘Three legs of Man’ in its oldest form, and the Legs are depicted on the Pommel and on shields set on either side of the blade where the guard intersects the blade. The sword is present at all sittings of Tynwald and is carried before The Lieutenant Governor at St Johns on Tynwald day.

The Sword is the Island equivalent of the Mace that is used in Westminster, but differs in that it points straight ahead and not left or right as in England which denotes the part in power. 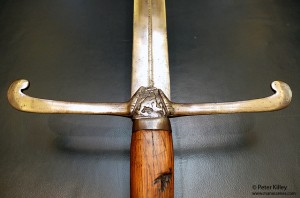 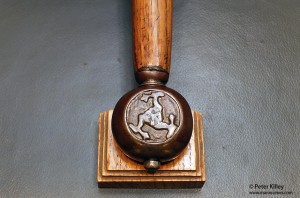 This illustrates the legislative Council Chamber and shows the meeting table. The Council are a revising Chamber and examine in details green bills presented from the House of keys of proposed legislation.

The Legislative Council is presided over by the President and has 10 members indirectly elected by the House of Keys or Ex officio . 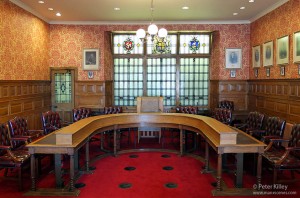 My grateful thanks goes to Tynwald Seneschal Mr Paul Daugherty for his excellent knowledge and advice on every aspect of Tynwald and for supplying to me the above information to go with each of the images.

If you are interested in the Isle of Man and its very unique constitution, have a look at this webpage from manxscenes.com outlining some basic facts about this beautiful island – Click Here