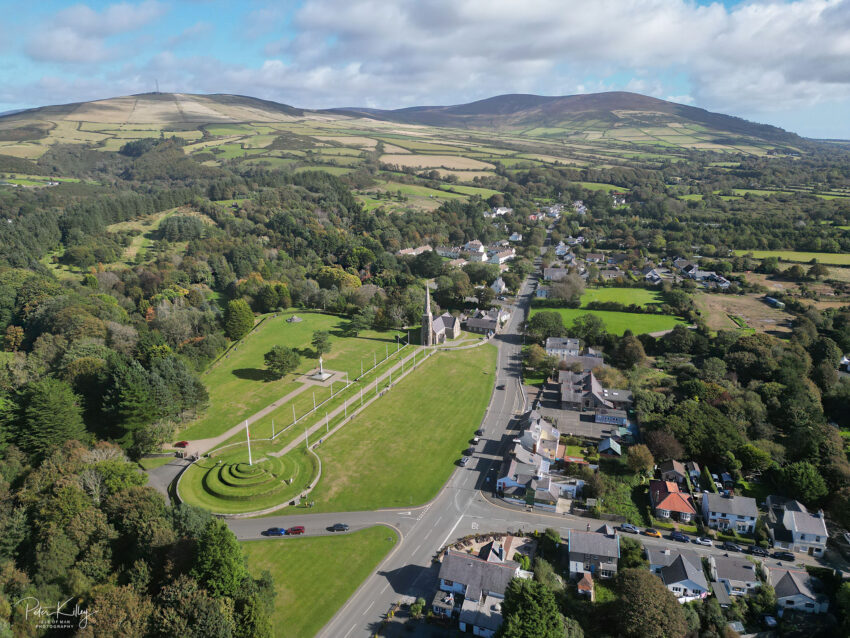 (4 images in this post) St John’s Church/Tynwald Hill and beyond today. Loving all the trees changing into their Autumnal colours too. Feel free to make any comments either on this website by clicking the “Leave a comment” below or by logging onto my Facebook Page enjoy – Click on any of the images for a larger view, the images will refresh in a loop every 6 seconds. 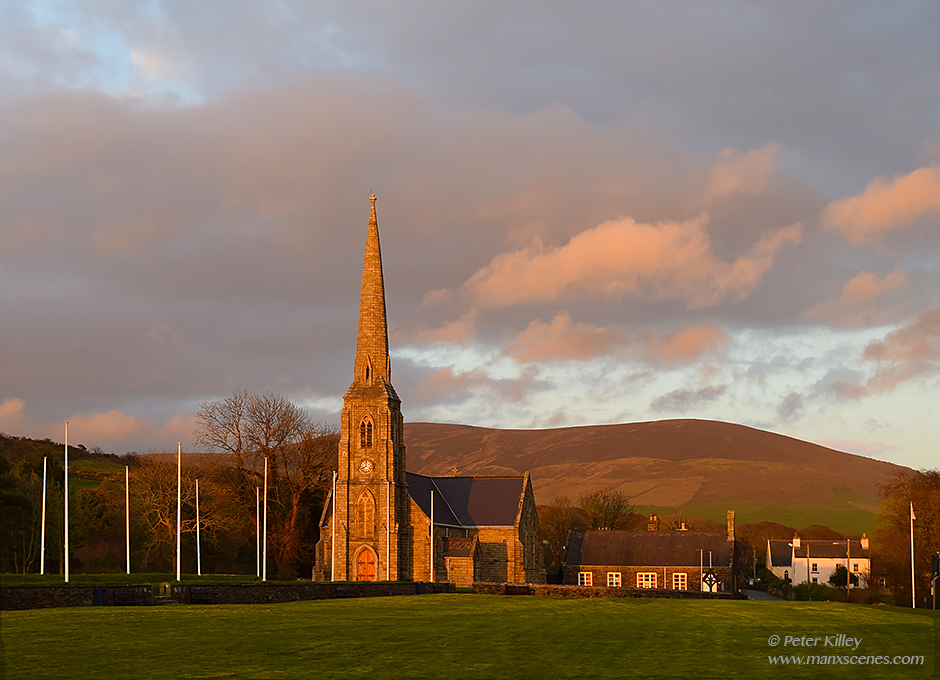 Built on the site of an ancient keeill, the chapel of St John was first referred to in 1557, but was likely to have been built before this date. In 1847 the chapel was demolished and in 1849 this beautiful building was constructed from local granite and marble. Feel free to make any comments either on this website by clicking the “Write comment” below or by logging onto my Facebook Page enjoy – Click on the image for a larger view.

This Anglican church within the village is dedicated to St John and lies in the parish of German . The church is sited next to Tynwald Hill where each year on Tynwald Day (July 5th) the laws of the Isle of Man are proclaimed in English and in Manx.

This image shows the entrance to the famous Royal Chapel at St Johns and its worth noting the direction of the Three Legs of Mann which is dated 1848 – (click image for larger view). I have had many a debate over the direction of which way the 3 Legs of Mann should point, but ultimately the legs should point in the opposite way to which you can see here, the correct direction which can be traced back to the pommel on the Manx Sword of State in the 12th century should point in the opposite direction to this image! – Source Manxscenes.com The image was taken on my Nikon D80 SLR with a Nikon 18-135 F3.5/5.6 G AFS DX lens, and cropped in Adobe Photoshop CS5.