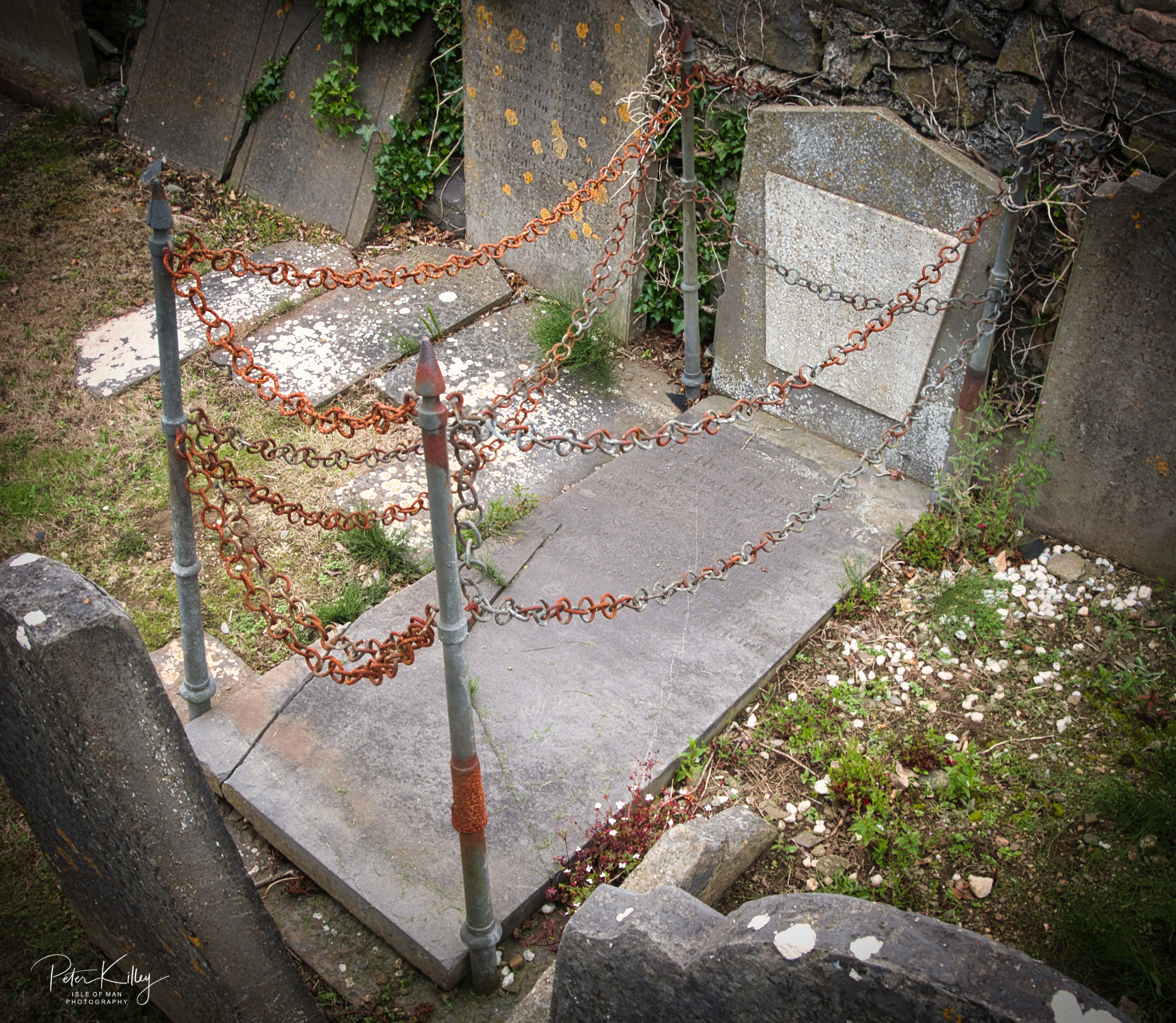 The Vampires Grave in Malew Churchyard. A trip to Malew wouldn’t be the same without taking a look at this famous grave. I have a few images on this website of this fascinating grave but this time I have added a video for anyone intending to try and find it. Feel free to make any comments either on this website by clicking the “Leave a comment” above or by logging onto my Facebook Page enjoy – Click on the image for a larger view. 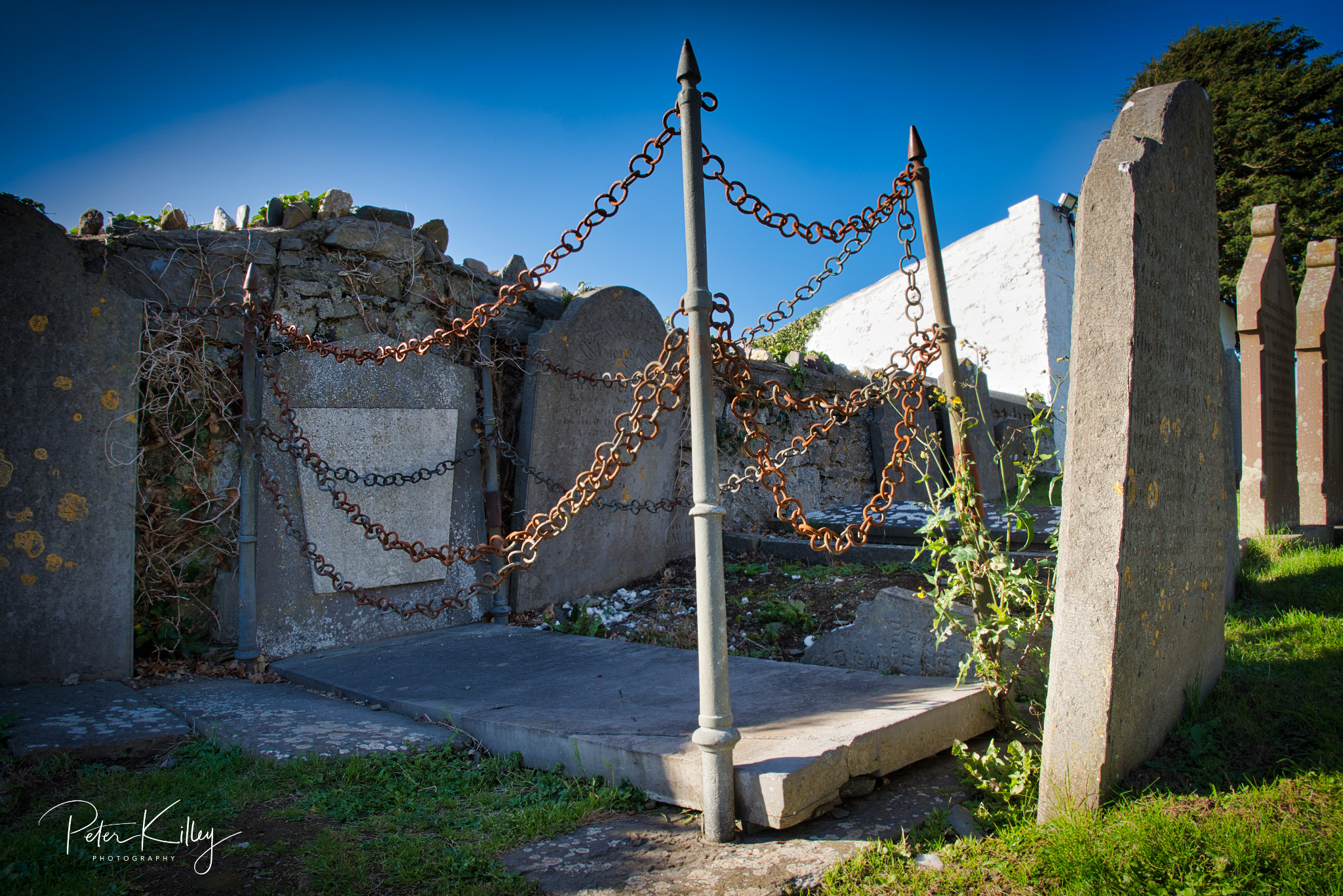 Very probably the subject of Isle of Man myth (which to be fair I love) It is better know as the Vampires Grave. I remember my late Dad telling me about it many years ago and I quite like taking the odd picture of it now and again. Well worth a look at the grave if you are passing Malew Church. Feel free to make any comments either on this website by clicking the “Leave a comment” above or by logging onto my Facebook Page enjoy – Click on the image for a larger view.

Before I give you some history into this chained grave, non of this info can be fully supported and maybe the subject of Isle of Man myth! This rather strange grave brings many visitors to Malew Churchyard and as can be seen by the image it is iron staked at each corner and randomly heavily chained to allegedly keep the vampire in! The alleged Vampire was a Mr Hassal who died aged 54, when Mr Hassal died the Undertakers were not allowed to bring his body onto the consecrated church grounds so rumour has it that they loaded his body into the grave from behind the wall, it was then covered in a heavy slate slab and staked with iron posts and iron chains. To add to this conundrum Mr Hassal’s wife Margaret is also buried in this chained grave!