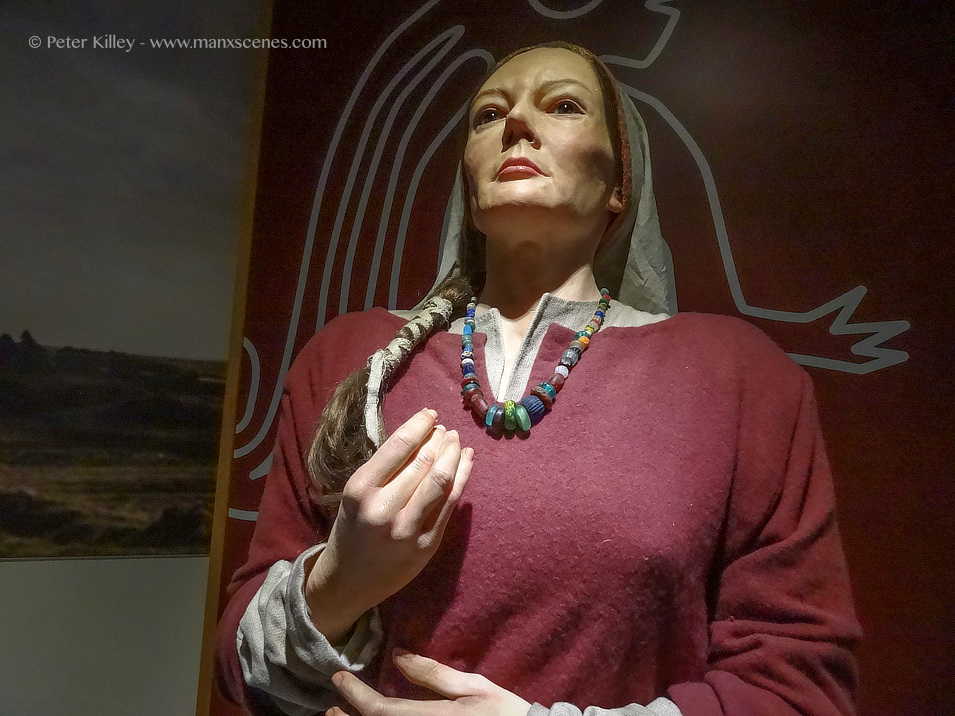 The Pagan Lady These two images were taken recently in the Manx Museum Viking Gallery. Excavations in Peel Castle in 1982/87 revealed an extensive graveyard. The most spectacular finds were the 10th century grave of “The Pagan Lady” which included a fine example of a Viking necklace of which there is 71 differently coloured beads….