The Remains of Trawler Cevic 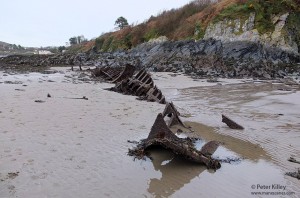