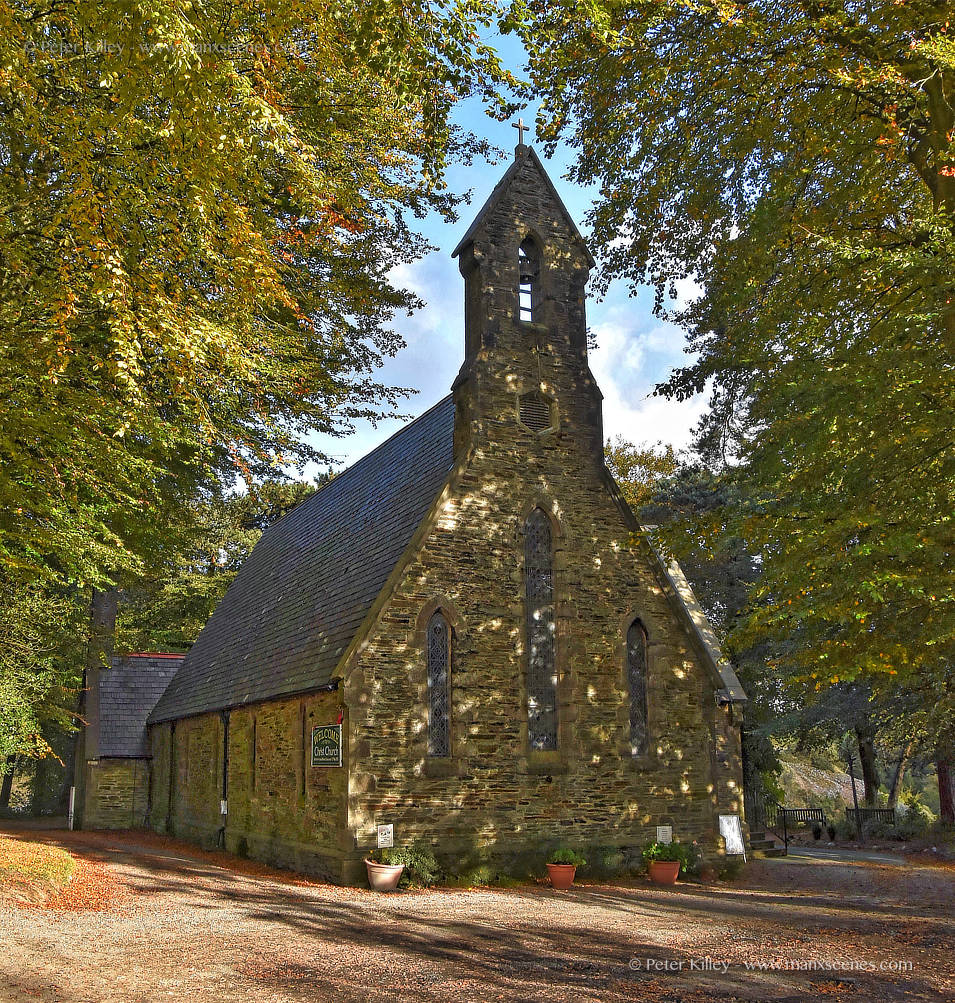 The foundation stone to this lovely church was laid in 1854 and the building was completed in 1855 but was not consecrated until May 1856.

The church was built on land provided by Mr Geo. W. Dumbbell, chairman of the mining company, which forms part of the garden belonging to to the Mines Captain’s House (now the Mines Tavern). The building which became known as “The Miners Church”, cost £950 to which the Great Laxey Mining Company donated £200.