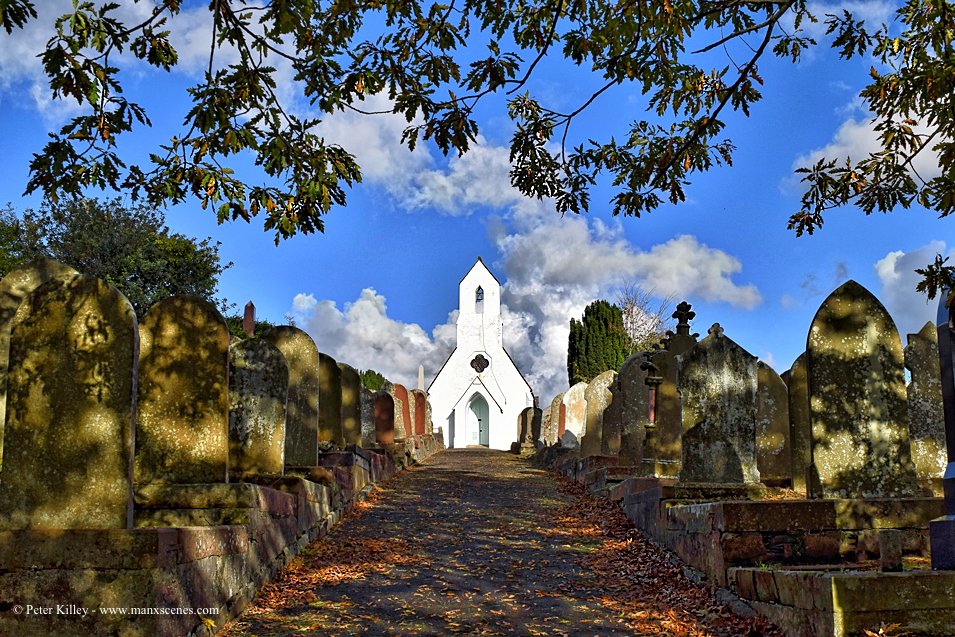 I went up to Braddan new Cemetery today to listen to local historian Mr Peter Kelly chat to a group of us about the Archibald Knox designed gravestones, and on the way up I couldn’t help capturing this image of the Chapel.